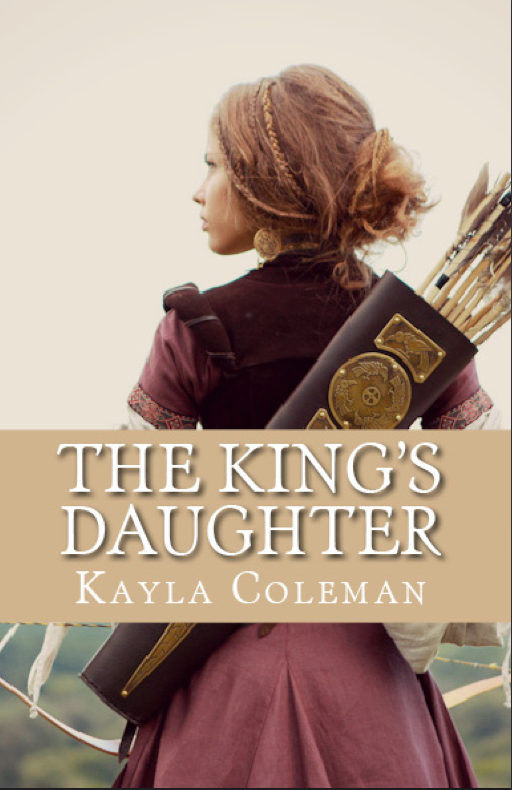 All who are royal are gifted with powers, all except for the King of Leonald and his daughter Princess Arabella.

Princess Arabella's life is a lie; at least that is what it feels like to her. Ever since she was four years old, she has been raised to be a proper princess with all the strict rules that the title entails. Not allowed to acknowledge the man she loves in public is at the top of the list next to the secret she has kept hidden since she was barely able to speak. Gifted, Arabella must hide her powers from her own father and court to protect the lives of those she loves the most from a power much darker than her own.

Her kingdom is at the brink of war– a young woman is fighting the rules of the past to find a key that will help her save the ones she loves, reveal the enemy's true nature, and try to put an end to the dark forces rising.

Characters in the Story

Princess Arabella: Somewhat stubborn and spoiled as a princess. The adventure that pulls Arabella in comes to her as an unwanted surprise at first, but soon she grows as a person, and comes to see a world in which she must use her status and abilities to help save the people in danger from a most unexpected enemy. She has few friends as she was afraid as a child that her powers would hurt those close to her.

Nevar Fletching: Arabella's one and only "true friend". A commoner, son of a bowyer Nevar isn't destined for the life of a royal. That is why he must see past the facade of their friendship and know that he can never have the young woman he loves. Nevar is a member of King Andriau's Army (King of Leonald).

Prince Regen: Prince of Athalos (north of Leonald). Witty and instinctive, he tends to act before he thinks. Betrothed to Princess Arabella as a child, he now sees it as an opportunity to get out of an unwanted arrangement made by his advisors at court.

* The second/new and final edition of this book will be published in early spring of 2017 (if all goes well).

The first edition of this book is published!  Look at the home page to see the newest updates. The King's Daughter is available on Amazon.com/de/uk in print and eBook, as well as Barnes and Nobles in print!

I say the sun that never sets, but I suppose it should be more like the heat that never ends. This endless death wave was not part of my current/near future plan. Don't get me wrong, the sun is gorgeous when it shines here, but when you can feel the sun and concrete burn through your sneaker into your feet, that can't possibly feel "fantastic". I thought that I would share a few things with you before bringing up my writing, so here it goes. I don't mind Arizona. It is definitely better than I thought it would be, but the summer weather is too much for me here (I decided that 100 degrees is now my limit), and I have yet to meet a single person my age. That might be due partially to the fact that we still live in a hotel while we unexpectedly renovate our house (a whole other story for another time), and also partially because I haven't put myself into any situations yet to meet any kids my age (other perhaps a clerk or two at the grocery stores). In other wo…
Post a Comment
Read more

As I sit on the balcony of the Fairweather Inn, built in 18- something or other, overlooking the small main street of Virginia City Montana, I can’t help but want to throw a rock through the windshield of the cardinal red Subaru across the street with its alarm going off ever forty-five seconds. The terrible thing is that the owner has to be aware that their car alarm is going off because once it starts, it last between two and thirty seconds and then is shut off, and will either start back up within two to five seconds- so where is my peace and quiet? I surely thought that I would find it here, but apparently not. With that aside, a cold and numbing breeze sweeps across the balcony and down the sloped street as a light rain begins to turn into a downpour. I have missed the fresh and renewing smell of rain in Montana though. It is odd to say, but it certainly isn’t the same elsewhere in the world- especially not in Phoenix Arizona where every time the skies open to a downpour, the onl…
Post a Comment
Read more

Well, for those of you reading on here, this news may be coming out of the deep blue, but today is officially publishing day for the new edition of The King's Daughter! Published this evening, about ten minutes ago, (so it will take a little time to actually show up online... but), my book will be available on Amazon and Barnes&Noble in print, and will be available as an e-book within a few weeks when I finish up the formatting! I finally thought it about time to stop fussing over the small things (because I knew it'll never be "done" to me if I keep trying to fix minute details). I'm excited to share this newer version with my family and friends who've always shown such great love and support towards my writing over the years! I've come a long way, but know that I still have a long way to go, and The King's Daughter is just my first stop on that long journey! Publishing this will allow me the time now to give more of my time and attention to wor…
Post a Comment
Read more